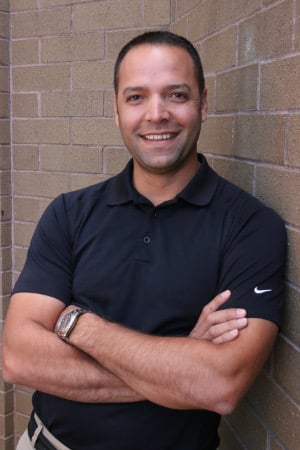 Jason has worked in customer service and the home improvement industry for most of his life. His career started 24 years ago in 1996. Jason is proficient in all phases of the industry. During the last 15 years, his focus has been on the mastery of sales, marketing, business operations, and customer service.

Jason is a system-driven leader who is always looking for a better, more efficient way to offer his services.

Jason was born in Long Island, NY in 1980. He lived in the Seattle area from 1991-96. He settled in Vancouver, WA where he currently resides.

He played baseball at S.W.O.C.C. from 1999-2001 while studying business, marketing, and management. He continued those studies at Washington State University from 2001-2003. GO COUGS!

Jason has been married to Nicki Olinger since 2005. They have two daughters (Isabelle and Aubrey), and one son (Jude). Jason enjoys spending time with his family and coaching his daughters' high school and middle school golf team at King's Way Christian. GO KNIGHTS!

Looking for a price? Get a no cost, no obligation free estimate.